Out of the (Suggestion) Box: 3 Fun Ways of Getting Customer Feedback

Asking for customer feedback is never easy, especially in person. The potential for being “put on the spot” is heavy on both parties, and is generally avoided. But thanks to the internet, it’s a lot easier to give unsolicited feedback. Online accounts for people and for businesses work on so many levels, as consumer protection and free marketing. But as it has opened the valves on people’s opinion, it released a torrent of opinion. 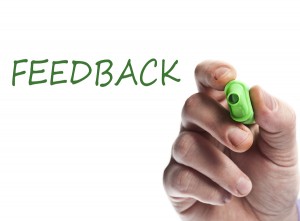 Starting with anonymous accounts, to the various Like/Dislike, +1, ReTweets, and Favorites, customer feedback is getting more and more important to host and to guest. Companies like TripAdvisor rely mainly on guest recommendations and warnings to hostels and hotels alike. A business owner should only Google their own business name to find out what are being said about them.

A common practice some years ago was to type in “I hate (company name)” to see if that web page was constructed. But it seems to have died out in the advent of social networking sites. It seems people prefer to let their friends hear their gripes, rather than to no one in particular.

END_OF_DOCUMENT_TOKEN_TO_BE_REPLACED

We would love to hear about your customer experiences. If you have great (and not so great!) stories you would like to share with SatisFIND, you may email them at mystory@old.satisfind.com